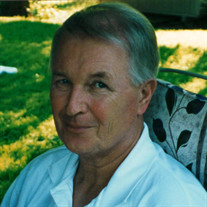 On Sunday, January 3, 2021, William I. Dorsey, loving husband, father, and grandfather, passed away at the age of 75 after a long battle with diabetes and kidney disease. He is survived by his wife, Sara Jane Dorsey (Sally), his son, David William Dorsey (Dave) his wife Diana Dorsey, his daughter, Elizabeth Dorsey Mercurio (Beth) her husband Michael Dante Mercurio, and his five grandchildren. William (Bill) was born on October 4, 1945 to Clifford Dorsey and Elizabeth (Shear) Dorsey in Cincinnati, Ohio. Bill grew up in a tight knit family with his parents and siblings, Dick, Kathy, and Ken. He was an excellent student at Madeira High School and a dedicated athlete, playing football and basketball. He was also active in his church youth group and gave sermons as well. He graduated from The University of Cincinnati and worked as a successful executive for many years in various fields. He was an entrepreneur too, opening his own clothing shop, and other businesses as well. His years in business allowed him to travel. Later in life Bill returned to college receiving a master’s degree in Christian Leadership. He then served as an Assistant Pastor at Grace United Methodist Church, in Hanover, PA. In July of 1967 he married the love of his life, Sara Jane Zimmerman (Sally). Together they raised two children, David William Dorsey and Elizabeth Ellen Dorsey (Mercurio). Bill and Sally lived in homes in Ohio, North Carolina, Florida, Maryland, and Pennsylvania. Bill loved cars and boats, fishing and golfing. He also enjoyed building and even built one of the family’s homes in Venice, FL. The foundation of Bill’s life was his Christian faith. He loved the scripture and led and participated in many bible studies over the years. Bill enjoyed traveling and antiquing with his wife Sally. He adored his grandchildren and spent many happy hours over the years with them. He was a kind, compassionate man and helped many people over his lifetime. He will forever be loved and remembered. A family celebration of Bill’s life will be held later this Spring. Family will be notified of the memorial details. In lieu of flowers, the family is asking donations to be made to the American Kidney Fund, or the American Diabetes Association.

On Sunday, January 3, 2021, William I. Dorsey, loving husband, father, and grandfather, passed away at the age of 75 after a long battle with diabetes and kidney disease. He is survived by his wife, Sara Jane Dorsey (Sally), his son, David William... View Obituary & Service Information

The family of William I Dorsey created this Life Tributes page to make it easy to share your memories.

Send flowers to the Dorsey family.