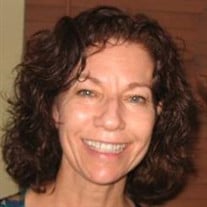 It is with great sorrow to announce the passing of Stephanie Zalar Stefanelli. Stephanie passed away in her home on December 30, 2020 with her children by her side after a hard fought eight-year battle with stage 4 brain cancer. Stephanie was born in Painesville, Ohio on March 30, 1955, the second child of a family of four children, 3 girls and 1 boy. As a child she was adventurous and outgoing, easily making friends. Her parents taught her to Polka, a tradition passed down from her Slovenian heritage and she took piano lessons, eventually being able to play classically. She graduated from Mentor High School in 1973, and then continued her education in Ohio by enrolling in Lakeland Community College earning her Associates degree. Deciding she had enough of the harsh and brutally cold winters, she took a leap of faith, and found herself traveling west to Arizona State University to complete her bachelor’s degree, leaving all she knew back in Ohio. In 1978 she graduated with a bachelors in Criminal Justice and left Arizona for California with her future husband. Not long after moving to California and getting married, she gave birth to her first child, her son, Daniel. Two years later she would complete her family by having her daughter Andrea. They settled in the Sacramento area where she loved being a mother, teaching her children from an early age about empathy, and compassion, and most importantly treating others as they would wish to be treated. She loved to garden, take bike rides with her children, bake, sing, and dance. She sang in the choir and was extremely active in the small church in her community of Rancho Cordova, where she made many lifelong friends. Although life in California was going well, in 1989 she found herself moving east to Tarpon Springs, Florida, due to her husband being relocated for his job. Soon after moving to Florida she would separate from her husband, and while having many jobs over the years ranging from Juvenile detention counselor, to Substitute teacher, she would start with the City of Clearwater’s parking/engineering division, which would unbeknownst to her, become a career of 21-years. Starting the job in 1992, she would retire in 2013, working her way up from an entry level position, to Parking Manager. When she wasn’t at work, she could be found outside doing things around her home, from raising chickens to general upkeep on a 2-acre yard. Most of all in her free time she loved to dance, as she never needed convincing to go listen to live music (especially blues), and dance the night away. She could be found on any given night at the now defunct Skippers Smokehouse dancing and listening to some of her favorite blues acts. She also loved the beach, boating, baking, and traveling. Ask anyone that has ever met Stephanie and they will tell you the same thing, that she is one of the nicest people they have ever met. She loved her children deeply, and was always there to give advice and help guide them as a mother, and as a friend. She was funny, witty, smart, independent, hardworking, and wanted to make the world a better place. Rest in Peace Stephanie, you are free. Stephanie is survived by her son Daniel Stefanelli, Daughter Andrea Passamonte, and grandson Leonardo Stefanelli. In lieu of flowers the family asks that you please give donations to either of the following charities - https://www.stjude.org/ or https://www.metromin.org/ . Immediately following the service please join the family at Craft Street Kitchen , address is 3153 Curlew Rd. Oldsmar, Fl. 34677.

It is with great sorrow to announce the passing of Stephanie Zalar Stefanelli. Stephanie passed away in her home on December 30, 2020 with her children by her side after a hard fought eight-year battle with stage 4 brain cancer. Stephanie was... View Obituary & Service Information

The family of Stephanie Zalar Stefanelli created this Life Tributes page to make it easy to share your memories.

It is with great sorrow to announce the passing of Stephanie...

Send flowers to the Stefanelli family.