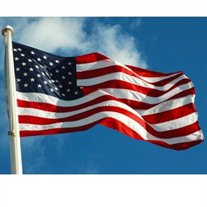 Landreth, Robert (Bob) Nelson, Jr. died Thursday, February 18 surrounded by his loving wife and kitty, and family members. Bob was born in Philadelphia and grew up in Falls Church and Vienna, Virginia. He attended High School in Washington, DC, and, upon his graduation in 1944, enlisted in the US Army Air Forces as an Aviation Cadet. After some months of pre-flight training, he was assigned to the Army Air Weather Service, where he served for two more years. There, he was awarded a commission and the Army Commendation Medal. Upon his discharge, Bob took advantage of the G.I. Bill and entered Northwestern University. He was a member of the Alpha Delta Phi fraternity and graduated in 1950 with a B.A. in Business. Bob joined Kraft Foods Company and stayed with them for 42-years, most of the time in their Chicago Headquarters where he held several Sales and Marketing upper-level management positions. He retired from Kraft in 1992, spent several years in Chicago-land before opting for the pleasures of Clearwater. His first wife, Barbara, passed away in 1998. He was, later, fortunate to meet his present wife, Joan (whom he lovingly called, LadyGirl). Along with four children of his own, he inherited three more with Joan. Bob was a Lifetime Member of the Northbrook, IL Civic Foundation, and led several community projects there. He had a love of the water and, in Clearwater, lived on it for several years. He was an active member of the US Power Squadron and served on the Board of the Island Estates Yacht Club. Bob also served as the VP of the Island Estates Stag Luncheon Club and was a long-time dedicated Volunteer at the Mease Countryside Hospital. Bob is survived by his loving family: wife, Joan; his beloved kitty, Pablo; his children, Robert III (Melinda), Colorado Springs, CO, Christopher (Jody), Toronto, Ontario, Jack (Ursula) Landreth, Overland Park, KS, and Margaret (David) Simkins, Rochester NY; his stepchildren, Chris (Greg) Walker, Roscoe, IL, Erin (Bryan) Wickline, Kingston, OH and Ben (Audra) Wellen, Roscoe IL; mother-in-law, Grace Gass, Rockford, IL; uncle, John Carter, North Richland Hills, Tx; his grandchildren, Noah, Amber, Justin, Micheyla, Carsen, Caeleb, Carter, Cooper, Cole, and Rachel; his great-grandchildren, Greyson, Westin, Brennen and Bentley as well as numerous nieces, nephews, and great friends. A memorial service to celebrate his life will be held at a later date when it is safe for all of us to be together. In lieu of flowers, please send cards to Curlew Hills Memory Gardens, 1750 Curlew Road, Palm Harbor, FL 34683.

The family of Robert Nelson Landreth Jr. created this Life Tributes page to make it easy to share your memories.

Send flowers to the Landreth family.