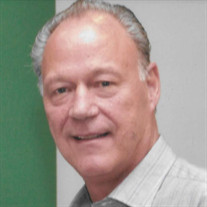 Richard Gerard Geier, Sr., age 74, passed away on December 20, 2020, after a courageous battle with cancer, surrounded by loved ones who will continue to honor his legacy by living their lives to the fullest. Richard was born in New York, New York, and grew up in Woodside, Queens. He attended St. Joseph Catholic Elementary School and William Cullen Bryant High School, where he graduated in 1964. In 1965, he married his high school sweetheart, Dolores Buccheri. He enlisted in the Army and proudly served his country in the Army National Guard. After being honorably discharged, he moved on to a career with Consolidated Edison Company of New York, Inc. in Astoria New York, where he was also a proud Union member. In 1984, he, his wife Dolores, and their 3 children, moved to Safety Harbor, Florida, where he began a new, successful career as a business owner of So Quick Printing. After selling the business, he began a 3rd career with the Hillsborough County Sheriff’s Office as a Maintenance Engineer, where he eventually retired from in 2012. Richard’s favorite time of year was Christmas. One of his favorite movies was Christmas Vacation, which he loved to watch with his family every year. During the holidays, his home was always festive and you could always hear Christmas music playing on the stereo all throughout his home during the Christmas season. Richard always loved the outdoors and family trips to Bear Mountain, New York, where you would find him sleigh riding and snow ball fighting with his family and friends. He also loved fishing and hunting in the Adirondacks with his father John and his brother Robert. Richard loved dogs, and one would sometimes wonder if he trained the dogs, or the dogs trained him! Richard also loved football and the New York Giants. Sunday was always football day, and he always enjoyed a good Super Bowl party and watching the games with his son, Richard Jr. Richard is survived by his current wife, Josefina, married 2014; his children: Rosemary L. Geier-Scalzo, Regina R. Gurney, and Richard G. Geier, Jr., and his grandchildren: Frankie P. Scalzo, Jr., Jeffrey M. Gurney, Jr., Nicholas S. Gurney, Claire M. Geier, and Colette M. Geier. Funeral Services will take place at Curlew Hills Memorial Gardens, January 3, 2020 1750 Curlew Road, Palm Harbor, FL 34683 Wake: 1:00-3:00, Memorial Service 3:00-4:00

Richard Gerard Geier, Sr., age 74, passed away on December 20, 2020, after a courageous battle with cancer, surrounded by loved ones who will continue to honor his legacy by living their lives to the fullest. Richard was born in New York,... View Obituary & Service Information

The family of Richard G. Geier Sr. created this Life Tributes page to make it easy to share your memories.

Send flowers to the Geier family.