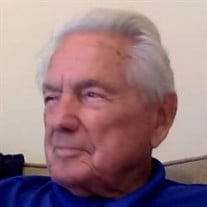 Ralph R Staub, “Coach,” passed on January 1, 2022 in Jupiter FL at age 93. Born to Elmer and Marie in Cincinnati, he was the youngest of four children. After graduating from Hughes High School, Ralph enlisted in the US Navy. Returning from the service, he attended University of Cincinnati on a football scholarship. During his time as a Bearcat co-captain and tight end, he married the love of his life, Jane Rittmeyer. He graduated with a BS degree and later a master’s degree from Miami University (OH). Ralph chose a career that combined his love of football with his natural ability to lead and motivate. Along with his unique personality, wit, sharp intellect, and innate kindness and integrity, he is fondly remembered even by the players he coached at Deer Park and Greenhills high schools (1954-1963). In 1964, Ralph returned to UC as an assistant under Sid Gilman for 4 years. He moved on to coach at Northwestern University, until Woody Hayes hired him as Offensive Coordinator for Ohio State. After 6 years as a Buckeye, Ralph returned to UC as head coach (1977-1980). Ralph went on to join the Dallas Cowboys, Houston Oilers and the Oklahoma Outlaws. Jane and Ralph retired to Palm Harbor, FL and enjoyed the Florida lifestyle of fishing, golfing and tennis. In 2014, Ralph moved to Atria in Jupiter, FL. Ralph was preceded in death by his wife, Jane (2006) and son-in-law Tim Paskell. He is survived by 4 children: Gayle Manzer (Kirk) of St Augustine, FL; Nanci Paskell of Keller, TX; Carrie Scherpenberg (Ted) of Cincinnati, OH; Dan Staub (Eileen) of Jupiter, FL; and Ralph’s brother Jack Staub (Paula) of Taylor Mill, KY. He is also survived by 8 grandchildren, 4 great-grandchildren, and many nieces and nephews. A private service for the family will be held at Curlew Hills Cemetery in Clearwater, FL. In Lieu of flowers, the family asks that donations be made in Ralph's name to the American Heart Association or to Alzheimer's Research.

Ralph R Staub, &#8220;Coach,&#8221; passed on January 1, 2022 in Jupiter FL at age 93. Born to Elmer and Marie in Cincinnati, he was the youngest of four children. After graduating from Hughes High School, Ralph enlisted in the US Navy. Returning... View Obituary & Service Information

The family of Ralph R. Staub created this Life Tributes page to make it easy to share your memories.