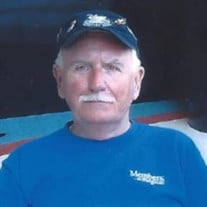 Peter D Dempster Sr. of Davenport, Florida passed away on February 11, 2021, at the age of 75 years. Peter was born on February 11, 1945, in Staten Island, NY. Where he resided with his mother Katherine, father Peter, sister Nancy, and brothers Paul and Phil. Peter attended Port Richmond H.S. and served in the US Air Force. He met his bride Barbara in 1968 while working in New York and they first settled in Staten Island before moving to Long Island and finally moving to Moon PA where they raised their two children, Peter D. Jr., and Jennifer. Peter and his family lived in Moon Township, PA for 32 years before retiring and settling in Davenport. Peter started working for Mohawk Airlines in 1968 which later became US Airways. He worked there for a total of 37 years between New York and Pennsylvania. While working in Pittsburgh for USAir, Peter volunteered for the Moon Township Fired Department where he served the Township for 20 years. For those of you who knew Peter, you could attest that he could not sit still for long. Saying Peter was a hard worker is an understatement. After he retired from US Airways, Peter began working as a bus driver for the local school system in Moon Township, PA. Following many snowy winters, Peter and Barbara headed south to sunny Florida where he was hired at Disney as a Transportation Specialist driving park guests from one magical place to another. Although Peter worked hard, he also played hard. Peter spent much of his free time cruising, spending time at Disney with his family and friends, and most definitely enjoyed watching his Pittsburgh Steelers whenever possible. Peter was a loving husband to his wife Barbara; a loving father to his son Peter D Dempster Jr, and daughter Jennifer L Lemmon. Additionally, Peter was a doting grandfather to Joshua Dempster and Sydney Lemmon. He was also a wonderful great-grandfather to Jace Dempster. Peter was the eldest brother to Nancy Alvarez, Paul Dempster, and Philip Dempster. Peter is going to be laid to rest with his parents, Peter & Kathryn Dempster at the Curlew Hills Memory Gardens in Palm Harbor, FL. A service will be held to celebrate Peter’s life and honor his military service on June 4, 2021, at 11:00 am; Curlew Hills Memory Gardens 1750 Curlew Rd, Palm Harbor, FL 34683.

Peter D Dempster Sr. of Davenport, Florida passed away on February 11, 2021, at the age of 75 years. Peter was born on February 11, 1945, in Staten Island, NY. Where he resided with his mother Katherine, father Peter, sister Nancy, and brothers... View Obituary & Service Information

The family of Peter D. Dempster created this Life Tributes page to make it easy to share your memories.

Send flowers to the Dempster family.