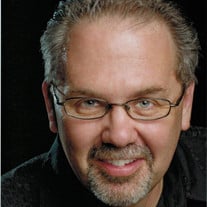 Bokulic, Peter “Matt” 65, was stricken by cancer and passed away on Sunday, February 21, 2021. Matt was born on November 11, 1955 in Springfield, Massachusetts. He is survived by his loving family - wife, brother, 4 daughters, and 7 grandchildren. The only way to describe him is that he was larger than life. He was a talented musician, songwriter, composer, recording artist, playwright, poet, teacher and mentor. Known primarily as a piano player, Matt could also play many other instruments. Always stretching himself as an artist, he was also a lifelong student, in that he was always trying to learn new ways to use his talents, and had some very beloved and esteemed mentors. He began his musical career, while still attending high school in Franklin, Massachusetts, performing regularly with a Portuguese band. He then attended Berklee College of Music in Boston and performed all around the area, for many years. He moved to St. Petersburg, Florida in 1992 where he worked as a musician for Busch Gardens, all the while performing in venues all around southwest Florida. Matt joined the faculty of the The Players School of Music in 1996. Teaching music to students, interested in learning to perform professionally, was one of his his greatest passions. He was, in many peoples minds, a musical genius. Students, from all around the world, came to love and respect him. A prolific composer and songwriter, he leaves behind a huge body of works, much of which is unpublished. He had just completed his final project, a new recording of The Pleiades Ensemble - a septet that combined a jazz trio with a string quartet. The Pleiades Ensemble recorded several original songs composed by Matt. He never stopped performing music and is well-known as a local jazz musician. He played piano with many of the area’s musicians and in practically every local venue where jazz music is, or ever was, played. Aside from his lifelong musical career, Matt, also known as “Pop Pop”, dearly loved his family and could not get enough of his grandchildren. He was so kind and understanding and always wanted the best for everyone near and dear to him. His death leaves a huge hole in everyone’s hearts. In lieu of flowers, please instead make a charitable donation to the American Cancer Society https://donate3.cancer.org/

The family of Peter Matthew Bokulic created this Life Tributes page to make it easy to share your memories.

65, was stricken by cancer and passed...

Send flowers to the Bokulic family.