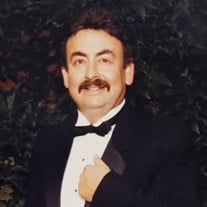 Michael Axel, 78, passed away on August 20, 2021, with his loving wife by his side. His battle with cancer these past 11 years showed his courage in facing life challenges with strength and bravery. Despite the pain, Michael came out a hero and stayed strong until the end. Michael, known to most of his friends as Mick, was raised in Lawrence, Long Island, NY. He grew up attending military school, starting at the age of 9. He went on to graduate from New York Military Academy and then graduated from Simpson College in Indianola, Iowa where he met and married his wife, Barbara. Michael started out as a manufacturer’s representative and buyer for Juvenile furniture for 25 years. This allowed him and his family to live in many states, California, Texas, New Jersey, and Massachusetts. After all his children went to college, he and his wife moved to Florida. Michael was able to then take up his passion for cars. He spent the last 30 years doing what he loved buying, trading, all kinds of vehicles. The last 10 years he and his son Scott were fortunate to be able to work side by side. Michael enjoyed taking road trips, traveling the world, and experiencing new places and food. Michael loved all sports, especially baseball, with his favorite team the New York Yankees. He enjoyed coaching baseball especially his son’s little league teams. When his kids were younger, you could always find him on the side lines cheering them on. Michael is survived by his wife Barbara of 56 years; sister, Helene Axel Firestone Nusblatt; son, Scott Axel; 2 daughters and their spouses, Wendy and John Phillips, Heather and David Goldstein; and 7 loving grandchildren, Stephanie, Matthew, Bailey, Jonus, Mickey, Amber, and Elias. Michael was a wonderful father, husband, grandfather, and friend to all who knew him. The family would like to extend their sincerest gratitude towards Curlew Hills Memorial Funeral Home for being very accommodating and understanding during this difficult time. Visitation will be from 10:00 until 11:00 AM at Curlew Hills Memorial Funeral Home 1750 Curlew Rd. Palm Harbor, FL 34683 on Monday, September 6th with the funeral service to follow at 11:00 AM. Michael will be laid to rest next to his father and mother, Harry and Rose Axel at Curlew Memorial Gardens. Memorial donations may be made to the American Cancer Society PO Box 555, 2321 West 20th Street, Washington, DC 55555.

Michael Axel, 78, passed away on August 20, 2021, with his loving wife by his side. His battle with cancer these past 11 years showed his courage in facing life challenges with strength and bravery. Despite the pain, Michael came out a hero... View Obituary & Service Information

The family of Michael Axel created this Life Tributes page to make it easy to share your memories.

Send flowers to the Axel family.