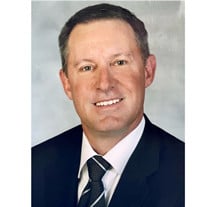 It is with great sadness that the family of Matthew Scott Roberds announce his unexpected passing on April 13, 2021, at the age of 55. He was a resident of Tampa, FL, and Squaw Valley, CA. Matthew Scott, better known to his friends as Scott, was born in St. Louis, MO; moved to CT, where he attended Canton HS; and then onto TN, where he studied at UTC. While in Chattanooga he began his career with MicroLumen, where he was one of the founding shareholders. He was instrumental in starting and growing the business and was an absolute visionary, a motivator, a friend, and above all a believer in the MicroLumen culture built by the Roberds. In 1994, the family relocated the business to Tampa, FL, where Scott made it his mission to guide the business and the employees in much growth and success, including building a new state of the art facility in Oldsmar, FL. He considered that project, and MicroLumen as a whole, his baby. Scott had many hobbies and was passionate about them all. He loved music, especially the guitar, and even played in a pro-rock band with his brother Mark. His love of sports and fitness included running, bicycling, skiing, and so much more. He was a walking encyclopedia when it came to sports knowledge. Lake Tahoe and Squaw Valley drew Scott in because of his love of nature and the outdoors. His real true passion was downhill skiing, which grew from a hobby to a lifestyle that he embraced. Scott was known for his enormous heart and willingness to lend a helping hand. He would even give the shirt off his own back to those in need. Scott is preceded in death by all of his grandparents, one of which, his grandmother Naomi, is interred just steps from where he will rest at Curlew Hills. Scott will be lovingly remembered by his parents, Judith, Roger (Ellie); his brother Mark (Mary); step-siblings, Scott, Kathleen, and Joe (Lisa) Slaven; aunt Peggy Aromando; nieces and nephews, Olivia (Chris) Puszkar, Max Roberds, Keith Ahrens, and Jessi (Daniel) Slaven-Fisher; godchildren, Ace Arena, Xander Schonewald, all MicroLumen employees; and many, many cherished friends. There will be private services with a celebration of life to follow in the next few months. Please check back for details as the family knows that Scott’s reach was far and wide and he had many friends that will want to memorialize him. Memorials in Matthew Scott’s memory to High Fives Foundation at https://support.highfivesfoundation.org/give/85509/#!/donation/checkout

It is with great sadness that the family of Matthew Scott Roberds announce his unexpected passing on April 13, 2021, at the age of 55. He was a resident of Tampa, FL, and Squaw Valley, CA. Matthew Scott, better known to his friends as Scott,... View Obituary & Service Information

The family of Matthew Scott Roberds created this Life Tributes page to make it easy to share your memories.

It is with great sadness that the family of Matthew Scott Roberds...

Send flowers to the Roberds family.