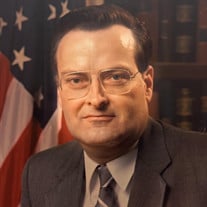 John C. Elliott Obituary On Friday, January 28th, John Cleveland Elliott, loving husband and father of three children, passed away at the age of 82. John was born on January 22, 1940 in Townsend, Virginia to Susie Mae and Percy Elliott. He was the seventh of nine children. John attended elementary school in Cheriton, Virginia where he met his wife Arlene when he was ten years old, and she was six. The day he met Arlene, he went home and told his mom that he met the girl that he was going to marry. Twelve years later on June 24, 1962, they were married. After graduating from high school in 1959, John went to work for the FBI. He became a special agent and worked in the identification division, latent fingerprinting section, and the disaster squad. John worked as an agent in Boston, Philadelphia, Washington, D.C., and Honolulu where he retired in December 1997. John served under FBI Directors J. Edgar Hoover, Robert Mueller, William L. Sessions, and Louis Freeh. John loved being a special agent for the FBI, but he was most passionate about serving the Lord. He accepted Christ as his Savior when he was eight years old and was baptized when he was eleven. John started serving as a deacon when he was nineteen years old at Cedar Grove Baptist Church. He started serving in the bus ministry in June of 1972 at Open Bible Baptist Church in Williamstown, New Jersey. John loved bringing children to church to learn about Jesus and accept Him as their Savior. He faithfully served in the bus ministry and as a deacon in every church he was a member of, including his final church home of Bible Baptist Church, where he and Arlene became members in February of 1998. John was preceded in death by his parents, Percy and Susie Mae; his brothers, Tommy and Boyce; and his sisters, Janet, Maxine, Henrietta, and Edna. John is survived by his wife Arlene, his son Michael, his daughters Suzette and Kimberly, his seven grandchildren, his great-grandson, his brother Francis, his sister Shirley, and his many nephews and nieces. In lieu of flowers, please make any charitable donations to the Bible Baptist Church https://www.mybbc.church/give

John C. Elliott Obituary On Friday, January 28th, John Cleveland Elliott, loving husband and father of three children, passed away at the age of 82. John was born on January 22, 1940 in Townsend, Virginia to Susie Mae and Percy Elliott. He... View Obituary & Service Information

The family of John C. Elliott created this Life Tributes page to make it easy to share your memories.

Send flowers to the Elliott family.