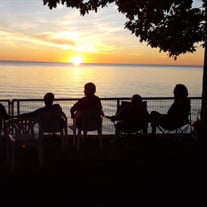 She was known as Joan Fernsler though her first name was Christine. On the triple blind first date she thought if her later husband of 56 years turned out to be undesirable, maybe he wouldn’t be able to locate her for the many other dates they eventually had. Joan was born in Detroit, MI on January 9, 1939 then raised in Dearborn, MI and Grand Rapids, MI. She loved studying political science at the University of Michigan at Ann Arbor, MI. After graduating in 1964 she worked for the Institute for Social Research where she helped create a program to bring the Camp Fire (https://campfire.org) organization to the inner cities, doing field work in Detroit at the time of the riots. She and husband John Fernsler traveled around the world upon his return from Vietnam, settling in Harrisburg, PA. While working in Pennsylvania state government and with the Poverty Program in Reading, PA, she developed activities and programs to fight poverty, among them support for a Black Panther Party (https://en.wikipedia.org/wiki/Black_Panther_Party) breakfast program. Their son Euan (conceived in Kathmandu, Nepal) came along in 1968. A second son, Scott, was born in Pittsburgh, PA two years after their move there in 1970. Joan did public radio music programming in Pittsburgh at first, but later joined with friends in the National Organization for Women (https://now.org) to establish its first nursery school and kindergarten. Active in politics from her teen years to retirement from politics in 2009, she campaigned in significant races for George Romney to John Heinz to Gerald Ford and even Dick Thornburgh. Dick Thornburgh was sworn in as governor of Pennsylvania on a William Penn bible she donated. Joan helped organize and run a church-affiliated nonprofit in suburban Pittsburgh to help newly unemployed steel industry executives find re-employment. She was in charge of all volunteers for a conference at the University of Pittsburgh to bring Soviet citizens and Chautauqua Institution (https://chq.org) officials together. Scott assisted Joan with coordinating all the press activity. In 1997 she and John (their sons educated, grown, and launched) moved to Lewisburg, PA where she ran the local hospital auxiliary for a time. Part of that effort was to recruit residents of the nearby federal penitentiary to knit baby blankets for babies born in the local hospital. Warmer weather called Joan to Florida and a local church called for her talents. She urged their church to celebrate its 50th anniversary. She also organized and ran the church book club. She and her husband John helped organize a seminar program for those facing end of life issues. She called it Graceful Transitions. She faced her own graceful transition at a Palm Harbor, FL hospice where she died peacefully on November 5, 2021. She will be cremated at Curlew Hills Memory Gardens in Palm Harbor and her ashes scattered over Lake Erie in New York State as per her wishes.

She was known as Joan Fernsler though her first name was Christine. On the triple blind first date she thought if her later husband of 56 years turned out to be undesirable, maybe he wouldn&#8217;t be able to locate her for the many other dates... View Obituary & Service Information

The family of Joan Fernsler created this Life Tributes page to make it easy to share your memories.

She was known as Joan Fernsler though her first name was Christine....

Send flowers to the Fernsler family.