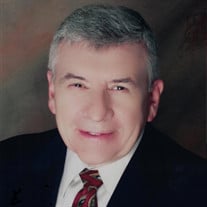 Obituary for Jerry B. Bock Clearfield Progress – Clearfield, PA 16830 Clearwater, FL – Jerry Bruce Bock, a resident of Clearwater, Florida and former resident of Curwensville and Wallaceton, PA. passed away on April 6, 2021. He is survived by his loving wife, Gloria Kavala Bock, of Clearwater, Florida; sons, Darren M. Bock of Clearwater, Florida and Ryan M. Bock, his daughter in law Jennifer L. Zitterkoph and grandson, Roland F. Bock of Salt Lake City, UT and his wire fox terriers Brody and Cooper. Jerry was born on February 28, 1943 in West Decatur, PA, the son of the late Gerald Bruce and Anna Pauline (Smeal) Bock. He was a 1961 graduate of Philipsburg-Osceola High School, where he developed a love of analytical thinking and chemistry. He went on to earn a B.S. in Financial Management from the Indiana University of Pennsylvania. Jerry married Gloria Jean Kavala on June 18, 1966 at St. Timothy’s Catholic Church in Curwensville. He served in the U.S. Army Reserve from 1966 through 1971 and rose to the rank of Staff Sergeant. Jerry began his career with Mobil Chemical in Pittsburgh, PA followed by H.P. Hood at their Clearfield Cheese Co. subsidiary in Curwensville. He then moved to Clearwater, FL in 1978 where he was first employed by Stromberg-Carlson before working for several financial and data systems institutions. After a successful career with Fortune 200 companies, Jerry then founded his own consultancy firm, Business Continuity Advisors, LLC along with serving on the Florida Governor’s Security Council Board and co-authoring versions of the Florida Business Disaster Survival Kit due to his expertise on business continuity and disaster recovery. He earned certifications as a Business Continuity Planner (CBCP) and Business Continuity Professional (CBCP) along with becoming a Florida Licensed Real Estate Sales Associate. Jerry was a member of the Curwensville Area Jaycees, Wire Fox Terrier Club of Central States, Suncoast Model Railroad Club, Pennsylvania Railroad Technical & Historical Society, Greater Tampa Bay Chapter of the Association of Contingency Planners, DRI International and Secretary of the Wynwoods Landing Homeowner’s Association. He spent a lifetime sharing his loves of reading, history, exploration, science, model railroading and animals; particularly his beloved wire fox terriers, with his family and friends.

The family of Jerry Bruce Bock created this Life Tributes page to make it easy to share your memories.

Send flowers to the Bock family.