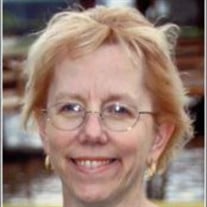 Jane Lee Bisgrove, age 75, formerly Jane Lee Cornette, passed away on January 4, 2022 due to complications from Alzheimer’s. Jane was preceded in death by her parents, Earl and Gene Cornette. Jane is survived by her husband of 53 years, Larry Bisgrove, daughters, Amy G. Smith (Travis L. Garrett) and Wendy V. Steele (Adam M. Steele), grandchildren, Emily G. Burns, Shelby L. Garrett, Matthew Abraham-Steele, and her brother, Michael Cornette (Susie Cornette). Jane was born in Greenville, Kentucky in 1946 and lived in many different cities as her father advanced in the battery business. While attending high school in the city of Monroe, Michigan, Jane met her best friend, partner for life, and husband, Larry. After graduation from college, Jane and Larry were married. Jane spent the next few years as an army wife and then both Jane and Larry moved to Clearwater, Florida where they were hired by Honeywell’s Aerospace and Defense Division. Over a span of 40 years, Jane became one of the highest-ranking female engineers winning many awards. She was extremely intelligent but also artistic, dabbling in paintings, ceramics, and other things such as costumes for her children and even sewing her own wedding dress. Jane was a patient, kind and loving wife, mother, grandmother, sister, daughter, and friend. Jane and Larry lived in and near the Clearwater area for a total of 50 years. In 2008 Jane and Larry both retired with plans to enjoy the freedom of retirement and travel, but Alzheimer’s changed some of those plans. She is now freed from her disease and any pain, reunited with loved ones and our Heavenly Father.

Jane Lee Bisgrove, age 75, formerly Jane Lee Cornette, passed away on January 4, 2022 due to complications from Alzheimer&#8217;s. Jane was preceded in death by her parents, Earl and Gene Cornette. Jane is survived by her husband of 53 years,... View Obituary & Service Information

The family of Jane Lee Bisgrove created this Life Tributes page to make it easy to share your memories.

Send flowers to the Bisgrove family.