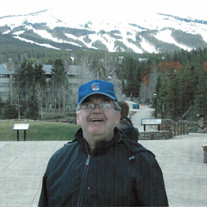 Obituary for Irwin S. Kern On February 15, 2021, our dad, Irwin S. Kern, passed away from complications related to Parkinson’s Disease. He was 85 years old. He was born in Brooklyn, New York, became a Bar Mitzvah at 13, and went to Brooklyn College at the age of 16, having been advanced two grades. He fished in Jamaica Bay, got his first summer job selling ice cream on Coney Island, spent too much time in pool halls (by his own admission!), and adored the Brooklyn Dodgers, part of a life-long love of baseball (and many other sports). He still has not forgiven the Dodgers for leaving Brooklyn. Of course, he became a Mets fan as soon as they came into being. His first interest was mathematics, but then he became attracted to international relations, which became his vocation. He always believed in cooperation and friendship among people of different cultures and nationalities. He was realistic about the world, but to the end kept some of his idealism about what could be and should be. Irwin was Executive Director of the Association of International Relations Clubs in the late 1950s and from 1961-63, representing the organization and the U.S. at global conferences, including in Paris and New Delhi. He answered the draft and served in the Army from 1959-1961. In 1962, he was part of a U.S. delegation to the Soviet Union, a true rarity in those days. He joined the U.S. Foreign Service in 1963, becoming part of the U.S. Information Agency, working on issues related to education, the press, cultural exchange, and promoting democracy and the United States during the Cold War. Irwin and Susan Gardner married in New York, and the couple went to Korea in 1964 for his first assignment, where their kids were born and where they would stay until 1970. After two years in Washington, the family spent four years in Japan. After returning to Washington for five years, Irwin was posted to Mexico City for three years. He then returned to D.C. for a final assignment before retiring in 1987. (Susan and Irwin divorced a few years later.) During the course of his career, he made friends in many countries and received a number of honors, including the key to the City of Osaka, Japan, and he met every president from LBJ to Reagan. He was even presented a personalized tiger scroll by some of his Korean staff, painted by a well-known Korean artist. For many years from his home base in Santa Fe, Irwin was a foreign visitor escort for the State Department, accompanying groups of foreign visitors on specialized technical visits to different parts of the U.S. Topics included freedom of the press, democracy, artificial intelligence, economics, private enterprise, and many others. Irwin kept up corresponding friendships with some of the visitors for many years thereafter. He also would sometimes volunteer at the annual Indian Market in Santa Fe. Irwin regularly visited his sons Stephen and Daniel, and he loved being a grandfather and father-in-law. His relationships with his daughter-in-law Melissa and his grandson Eli were fun, unique, and treasured. He frequently visited his father Dave (his mother Blanche having passed away many years earlier) and his sister Arline and her family in Florida, and he greatly loved his nieces and nephews (Susan, Irene, Alan, and Elliot) and their families as well. As he grew older, Irwin took ever greater care to tell family how much he loved them. Dad loved to read and could often be found with a book or a newspaper, smoking his pipe (until his later years), listening to jazz, classical, or pop standards. He enjoyed the occasional trip to Las Vegas, or a family visit from Florida to Biloxi to gamble. He loved crosswords, cribbage, and jigsaw puzzles, and he was a take-no-prisoners competitor at Scrabble. His Hannukah latkes are a loved tradition that we continue in his honor. Dad, we love you and miss you. You made the world a better place. In lieu of flowers, please consider making a tribute gift in Dad’s memory to the Parkinson’s Foundation: https://secure3.convio.net/prkorg/site/SPageNavigator/2017_donate_form_2.html or 200 Southeast 1st Street, Suite 800, Miami, FL 33131. Thank you.

Obituary for Irwin S. Kern On February 15, 2021, our dad, Irwin S. Kern, passed away from complications related to Parkinson&#8217;s Disease. He was 85 years old. He was born in Brooklyn, New York, became a Bar Mitzvah at 13, and went to... View Obituary & Service Information

The family of Irwin S. Kern created this Life Tributes page to make it easy to share your memories.

Send flowers to the Kern family.