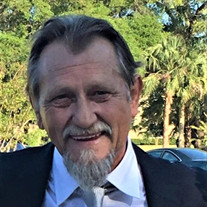 George (Jerzy) Klemmans Sadlowski, 65, of Palm Harbor, Florida, went to be with the Lord on 27 October 2020 surrounded by his family in the comfort of his own home. He passed away peacefully after diligently and steadfastly battling cancer. George was born in Aleksandrow Lodzki, Poland to Czeslaw and Halina Sadlowski. He grew up with his older brother Janusz (John). As a free spirited teen, he loved spending his time with his friends, listening to and playing music, playing soccer and ping-pong. As he got older, he loved to travel and see the world in new and adventurous ways despite the Russian occupation of Poland during the Cold War. After multiple attempts at escaping and evading Russian capture, George successfully escaped Poland and emigrated to the United Kingdom to join his mother Halina. Consequently, he further emigrated to the United States in 1978. George went on to become a creative, tenacious, hardworking, warm hearted, dutiful, and generous soul. George was never afraid to try new things and developed many trade skills such as: painting, carpentry, plumbing, auto-body repair, sous-chef, construction, masonry, real estate investment, and entrepreneurship. In his late twenties, he met Tina Papaleo. In 1982 they fell in love in New York and married in 1985 in Clearwater, Florida. Within seven years their family was complete after having three sons: Eric, Andrew, and Patrick. As a family they loved going to the beach, playing sports, creating things, listening to George play music, and being active members of their local church. Being a kind and dependable father was of the utmost importance to George and he certainly did not disappoint when it came to wholeheartedly loving his family. George lived life to the fullest at every moment and weaved a symphony of happiness with his family and friends using his unbelievable musical talent and his gregarious heart. In addition to his partner Tina, his sons Eric, Andrew, and Patrick, and their wives Mai and Nicole; George is survived by his mother Halina, and his eight grandchildren Riley, Troy, Christopher, Jaxon, Adalyn, Riley, Luca, and Ezio. He was preceded in his passing by his father Czeslaw, his brother Janusz, his uncle Pawel Zenon Wos, and his aunt Wanda Wos. The funeral service will be held at Curlew Hills Memory Gardens on Friday, 6 November 2020 at 1:45 pm. There will be a visitation at the same location beginning at 12:45 pm. Pastor Glenn Morris of New Life Purpose Center will do the honor of officiating the service. Contributions can be made in memory of George (Jerzy) Klemmans Sadlowski to Suncoast Hospice at their Mid-County Community Service Center found at 5771 Roosevelt Blvd. Clearwater, FL 33760, (727) 467-7423.

George (Jerzy) Klemmans Sadlowski, 65, of Palm Harbor, Florida, went to be with the Lord on 27 October 2020 surrounded by his family in the comfort of his own home. He passed away peacefully after diligently and steadfastly battling cancer. George... View Obituary & Service Information

The family of George Klemmans Sadlowski created this Life Tributes page to make it easy to share your memories.

Send flowers to the Sadlowski family.