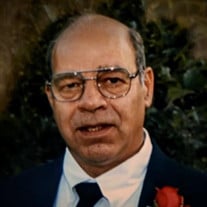 Frederick James Febo (age 72) passed away at Suncoast Hospice Care in Palm Harbor, FL on Thursday, January 20, 2022. He fought a two year battle with chronic heart failure. Fred was born in Jamaica Hospital on April 29, 1949 in Queens, NY. He was the eldest son of Ferdinand and Catherine (Panzera) Febo. He graduated from Martin VanBuren High School in Queens Village, NY where he was first recognized for his superior mechanical skills of designing robots. Serving four years active duty for the U.S. Coast Guard, Fred was stationed in Alaska and Governor's Island, NY. He served another ten years as a member of the Coast Guard Reserve, in Grand Haven, MI. While in Michigan, he gained an interest of continuing a career he already began with the United States Postal Service (USPS, Grand Rapids). He planted himself in Comstock Park, MI where he met the mother of his (eventual) three daughters. Here, he proudly bought 3.5 acres of land and built his first house using his craftsman and carpentry skills straight out of his onsite woodshop. Fred was also instrumental and had a love for music. He met up with a few guys in his early twenties, encouraged jam sessions in each other's basements, and eventually formed a band named "The Toronto Jack Band" where they would entertain local crowds. Fred's well known red hollow-back Gibson guitar gave him the moniker "Red Rebro". He loved to play his guitar, sing, and make people dance. Fred found ways to stay busy all the time. When he wasn't working, building crafty projects and furniture for his home and for others, he would certainly be found in the kitchen preparing an Italian dish. He loved to host gatherings in his home, where he would always impress others with his many gifted talents. Fred had served his 37 year career as a master electrician for USPS until he retired at age 55. Nearing the end of his career, he grew fond of a fellow employee (Lora) and they soon made retirement plans together. He spent his last 20 years of life venturing outside of Michigan. He had his second home built in Port Kent, NY where they would enjoy their retirement during the NE warmer seasons. Fred continued to work on projects out of his NY shop. Fred was a "snowbird" and would travel down to Palm Harbor, FL with Lora to continue enjoying warmer weather. He always made certain to visit a friend or two in other states during his back-and-forth travels. Fred's latest interest was meeting new people through his Ebay exchanges and transactions of buying and selling tools. He also enjoyed thrifting on weekends at local flea markets. In his final words, he stated with an honest smile that he was "proud of all three of his daughters, happy with his life, had a great life, and had no regrets". Frederick is survived by his significant other, Lora VanNoord; children: Rene’ Havens, Theresa (Tom) McKenney, Jamie Arch; Lora's sons: Joe and Brian; brother, George (Maritza) Febo; grandchildren: Danielle Arch, Brett McKenney, Jenna Arch, and Kelsey McKenney. Frederick is preceded in death by his mother and father and his brother, Lawrence Febo. Following his wishes, his body will be cremated and his ashes will be placed alongside his brother (Larry) in Port Kent, NY. An announcement to celebrate his life in Michigan will be privately given in the coming months.

The family of Frederick Febo created this Life Tributes page to make it easy to share your memories.

Send flowers to the Febo family.