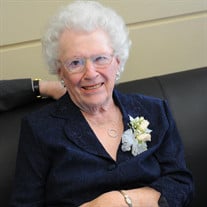 Evelyn Merle (Roddy) Reed, 93, of Palm Harbor, passed away on April 26, 2020. She was the daughter of the late Elmer and Lucile Mae (Summers) Roddy of Jackson, Tennessee. She graduated from the Methodist Hospital School of Nursing in Memphis, Tennessee in 1948 and married Thomas H. Reed on September 16, 1950 at Bemis Methodist Church in Bemis, Tennessee. They resided in Memphis, Tennessee where she assisted Thomas with his dental practice, a retail store and a family farm before moving to Dunedin, Florida in 1970. They started a dental practice in Tarpon Springs and then opened a second location in Dunedin, where they helped many patients over the years. She was a wonderful southern cook who enjoyed spending time with family. She and Thomas were active with the Lions Club, the Eastern Star, and the Georgian Hills Baptist Church in Memphis. She was a member at George Young United Methodist Church in Palm Harbor, the Tarpon Springs Yacht Club and took part in a local Woman’s Club for many years. They also loved dancing at Fred Astaire. She enjoyed playing the piano, organ, and took great pride in being a wonderful wife, mother and grandmother. Evelyn was a volunteer at St. Mark Village in Palm Harbor, where she and Thomas became residents in the year 2000. She was preceded in death by her husband, who passed away in 2005. She is survived by their children, Glen Reed (Edie) of Atlanta, Dan Reed (Connie) of Palm Harbor, Carla Nachtsheim of Palm Harbor and their grandchildren Adam Reed (Shonda) of Morgantown, WV, Jessica Karcher (Donald) of Palm Harbor and Alec Reed (Carly) of Atlanta. She is also survived by her sister Shirley Roddy of Atlanta and her brother Elmer Roddy of Hendersonville, Tennessee. Due to the Covid-19 pandemic, there will only be a private graveside service on May 15, 2020 at Curlew Hills Memorial Gardens. There will be no viewing or visitation. Flowers will be accepted at the funeral home but if you wish, in lieu of flowers, the family has asked that a donation be made in Evelyn’s name to St. Mark Village in Palm Harbor.

Evelyn Merle (Roddy) Reed, 93, of Palm Harbor, passed away on April 26, 2020. She was the daughter of the late Elmer and Lucile Mae (Summers) Roddy of Jackson, Tennessee. She graduated from the Methodist Hospital School of Nursing in Memphis,... View Obituary & Service Information

The family of Evelyn Reed created this Life Tributes page to make it easy to share your memories.

Send flowers to the Reed family.