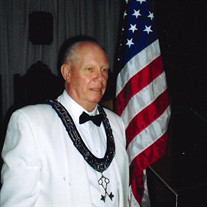 David was born on February 28th 1934 in Pottstown, Pennsylvania. His parents were Charlotte and Horace Y. Seidel. His brother was Horace (Hotch). He graduated The Hill School in 1952 (a college preparatory school). College was next, and David chose M.I.T because of their engineering reputation. During the summer of 1953, David joined the famous Shasta Mountain Hot Shots and helped fight fires. It was during his college sophomore year that he met Barbara Smith. They have been together for 64 years! David graduated from M.I.T. in 1956 with a degree in Mechanical Engineering. On June 8, 1956 Dave and Barbara were married. After a brief honeymoon, Dave was commissioned into the Army and they moved to Eglin Air Force Base where he was assigned as a Test Engineer on the ISIP Program. After more training as an Ordinance Officer, they moved to White Sands Proving Grounds in New Mexico. As a military officer he became a key player in the Redstone Missile project. Their first child, David Andrew (Andy), was born in 1958 at the Beaumont Army Hospital in El Paso, Texas. In 1959 the family moved to Clearwater, Florida where David accepted a job at Honeywell and was assigned to the Boeing Missile Division. This program was terminated after the assassination of John F. Kennedy. Over the next few years Dave was involved with numerous orbital flight and missile projects, working with Lockheed and the US Air Force. Their second child, Mary Ann was born in 1960, then Kathleen Louisa (Kathy) followed in 1964. While working for Honeywell, Dave worked on programs such as the Ring Laser Gyro for the F-15 and C17 aircraft. He also traveled significantly marketing these programs in the United States, Europe and Japan. Barbara and the kids always looked forward to his return from Japan bearing treasures like jade, kimonos and fancy chop sticks! Dave also worked with the CIA on several top-secret projects, some being the SR-71 Blackbird and the F-117 Nighthawk stealth fighter programs. The family moved to Tarpon Springs “the country” in 1972 where they developed 5 acres of swamp land – what an adventure that proved to be. A barn, a shed and a house were built and a variety of farm animals were raised there (along with the kids) on what everyone called “the funny farm”. Dave earned his pilots license and owned a Cessna 172 airplane. He loved to fly, and the grass airstrip behind the house (which is now part of Brooker Creek Preserve) was more than handy for quick flights. He retired from Honeywell in 1993, having worked there for 38 years. Following his retirement, he grew a beard (it lasted for a year)! He and Barbara traveled the world – from Russia to Iceland and all in between. Dave was involved in so many important volunteer projects over the next 27 years, to list a few: • Development of the Brooker Creek Preserve, and Docent • Worked several years at Florida Central College teaching computer skills to seniors • Hospice facility volunteer • Dunedin Lodge #192 Mason member • Captain of the Highland Lakes Boating Association (Dave also trained other Captains because of his extensive knowledge of the Lake Tarpon area and history) Dave lived a fulfilling and remarkable life. He will be sorely missed by his family, friends and the people he’s touched over his lifetime. In lieu of flowers, the family requests that donations be made to The Parkinson’s Foundation.

David was born on February 28th 1934 in Pottstown, Pennsylvania. His parents were Charlotte and Horace Y. Seidel. His brother was Horace (Hotch). He graduated The Hill School in 1952 (a college preparatory school). College was next, and... View Obituary & Service Information

The family of David Carroll Seidel created this Life Tributes page to make it easy to share your memories.

David was born on February 28th 1934 in Pottstown, Pennsylvania....

Send flowers to the Seidel family.