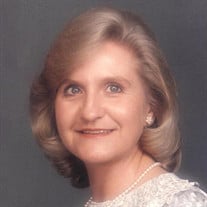 Cora Sue Walsh, age 76, better known as Sue or, to her husband, “Suzie”, entered the presence of her Lord and Savior Jesus Christ on August 18, 2021. She is survived by her loving husband of 55 years, Terry Lee Walsh, their son, Daniel William Walsh, their daughter, Elizabeth Ann Miller, seven grandchildren, Colin Walsh, Sydney Walsh, Noelle Walsh, Lauren Walsh, Avery Miller, Ashlyn Miller and Alyssa Miller, her father, William Sterrett, her sister, Cynthia Degnan, and her niece, Amy Degnan. Suzie was born to William and Rebecca Sterrett on February 23, 1945, in Muncie, IN. She lived in Cleveland, OH, and Hyattsville, MD, while her father was in dental school followed by an assignment in the U.S. Public Health Service. Her sister, Cyndie, was born in 1950. During the 1950’s the family lived in Skokie, IL. They moved to Park Ridge, IL, in 1956. In 1963, Suzie graduated from Maine Township High School East as a National Honor Society member. She then attended Bethel College in St. Paul, MN. Suzie and Terry were married at Skokie Valley Baptist Church, Wilmette, IL, on August 27, 1966, and moved to Iowa State University, Ames, IA, where Terry continued his studies toward a Civil Engineering degree. In 1968, they moved to Arlington Heights, IL, then to Deerfield, IL, and finally in 1972 to St. Petersburg, FL. Suzie’s parents were faithful, Bible-believing Christians. At the age of seven, she put her faith and trust in the Lord Jesus Christ and was later actively involved in the church youth group. She became a proficient piano player. Through the years, Suzie served in various church choirs, played the piano, was a co-youth group director, AWANA Clubs secretary, helped in the children’s ministries, and was actively involved in Woman to Woman Bible study. Suzie and Terry were members of Lakeside Community Chapel, Clearwater, FL. Suzie was lovingly devoted to her husband and family. She was always cheerful, smiling, compassionate, and serving others. She was the epitome of a Godly woman, wife, mother and grandmother. Her spirit is with the Lord awaiting the resurrection. Thanks to God for this wonderful woman.

The family of Cora Sue Walsh created this Life Tributes page to make it easy to share your memories.

Send flowers to the Walsh family.