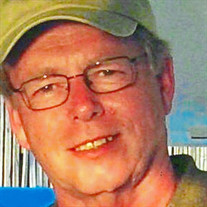 Clarence E. Lackey (Joe) of Dunedin Florida was born October 10, 1943, and left to be with the Lord on September 30th, 2021. He is survived by his loving wife Barbara Guimares Lackey, his daughter Janine Lackey Vollmer, and son-in-law Douglas Vollmer all of Dunedin, Florida. He is also survived by his sisters Roseanne Lackey Miller of Conestoga, Pa; Ellen Thomas of Columbia, SC; and Pat Eby of Lititz, Pa. He is preceded by his parents Rose M Rensberger Lackey and Clarence E. Lackey Sr., and sister Judy Weidman of Millersville, Pa. Clarence graduated from high school in Lancaster, Pa in 1962 followed by service to our country as a member of the USAF from 1962-1964. His service included tours in the Philippines as well as here at home in Wichita, Kansas. Later Clarence would attend Wichita State University in 1973. Clarence or Joe as he was better known worked hard as a tooling engineer for Boeing Aircraft in Wichita, KS 1966-1975 before moving to Maysville, KY in 1976 to work at Carnation Can. He then worked for Cummins Engine and Robert Bosch in Charleston, SC from 1977-1982. When he was ready to move on Joe helped start up the engineering department at the CDC in Whitaker, NC from 1982-1989. Joe ended his long list of careers by working with Copeland Corp. in Shelby, NC from 1989-2007 when he finally retired. Always a man of God Joe was an active Member of Shelby Presbyterian Church in Shelby, NC; Lenoir Presbyterian Church in Lenoir, NC; and of First Presbyterian Church in Myrtle Beach, SC. In April of 2021, Joe made one last move along with his wife Barbara to Dunedin Florida so that he could be closer to his beloved daughter and her husband. It was there that Joe started to join North Dunedin Baptist Church in Dunedin, Fl. A good father and loving husband Joe enjoyed tennis, golf, and sudoku in his free time. Services will be held for Clarence (Joe) at Curlew Hills Memory Gardens at Graveside on Thursday, October 7th at 10 am. A military presentation will take place at this time honoring his great service to our country.

Clarence E. Lackey (Joe) of Dunedin Florida was born October 10, 1943, and left to be with the Lord on September 30th, 2021. He is survived by his loving wife Barbara Guimares Lackey, his daughter Janine Lackey Vollmer, and son-in-law Douglas... View Obituary & Service Information

The family of Clarence "Joe" Lackey created this Life Tributes page to make it easy to share your memories.

Send flowers to the Lackey family.